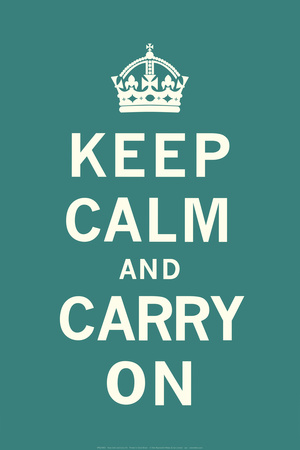 Sorry for the lack of activity happening in this space as of late.  Work, deadlines, and life have kept me away for the past few days, and much has happened in the world of US soccer, especially in the realm of our gentler half that deserves attention.
Just a few hours ago, the USWNT lost 2-1 to Sweden, who looked much sharper than our women on the day, and deserved full credit and all three points.  They should especially be admired for playing the whole game in their new Umbro boots.  Despite our best efforts to turn the game around at half time, we could not come away with the desired result and now will face Marta and her Samba Sisters as a consequence of finishing second.  Many US fans have reacted strongly to this defeat, and feel the rapture is coming for our women.  While the result was disappointing, I disagree with the majority of the opinions being expressed right now and feel some might be overreacting.

On the Galavision feed, the commentators made a profound observation, that other countries know how to prepare for any of the U.S. National Teams (men’s, women’s, U-17’s, etc.) because they all play the same way: physical, defensive, athletic, and without too much flair or attacking creativity.  This was a pivotal reason, they believed, the Swedes had the success they did against us.  For the most part I agree with this assessment, but feel that this is a long term problem that US soccer is not going to fix today or in the next five years for that matter, so dwelling on it will not really offer a helpful opinion on the tournament at hand.  Furthermore, I feel this labeling on our women’s side by our Spanish-speaking brethren, does not tell the whole story.  One counter against this tag is that our women’s side has world class, creative players that can compare and compete with foreign world class players, in stark contrast to our men’s side, which does not.  Also, the style of the US women’s side, however you want to categorize it, has been successful in the past and in this current tournament up until Sweden.
I believe a truer assessment is that our women simply got complacent, came out flat, and underestimated a stronger Swedish side than most realize.  Subsequently, our passing and movement was dull, our finishing lacked concentration, and our defense was disorganized.  At half, I’m certain Pia (who is Swedish for you conspiracy theorists) stuck it to our girls (no sexual pun intended) and made positive personnel changes, mainly in the form of bringing on the speedy Alex Morgan for the struggling Amy Rodriguez.  The second half was an improvement from the first half and had our women taken more of their chances, I feel they would have pulled more than one back.  But it didn’t happen.  End of story.
This is the attitude our squad needs to take away from this result; they need to move on, and prepare for the Brazilians, nothing else.  Although our women played poorly they 1) still secured advancement out of the group and 2) will have to play the strong teams eventually if they expect to win this World Cup, and the quarterfinals is good as place as any, right?  In fact, if our women our able to regroup and defeat Brazil on Sunday, they will take a seemingly unparalleled level of confidence and self belief into the semifinals where they would face, either France or England.  Some would counter that a hard-fought, emotional win against Brazil would leave us shell-shocked once we faced the French/ English, if we were to advance, and that is why this defeat to Sweden is so crucial.  While it is a real concern, I still feel that the opportunity to knockout one of the giants in this tournament would dwarf any fatigue caused by a game against Brazil, and be a massive boost in morale for our team to put us arguably in the best position possible to face our semifinal opponent, and hopefully, the heavily-favored Germans in the final.  So let’s be happy (or hopeful) that our worst game happened in the group stages and still did not cost us our advancement into the knockout stages.  If we learned anything from the defeat today, it is that all bets our off once the players step between the lines and being favored only hurts you if anything.  Plus, with the recent passing of our nation’s birthday, let’s not forget Americans, historically, do pretty well as underdogs.  So let the critics doubt our chances against Brazil, and use it as bulletin board material to create an “us against the world” mentality.  Let’s come out firing on all cylinders, and give’em hell, because that is another universal characteristic of American soccer that Galavision forgot to mention.
-ML